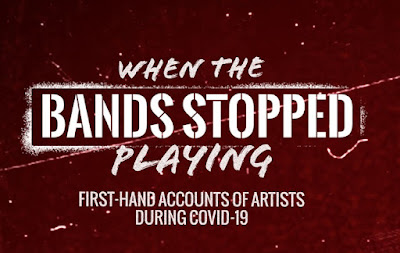 In early 2020, the music industry was readying itself for another blockbuster year. Acts like Guns N’ Roses and Foo Fighters were gearing up for major tours, while Motley Crue announced a reunion that had sold out nationwide within minutes. Symphonic shows, festivals, Vegas residencies, and club gigs were all booked solid when Covid-19 brought everything to a screeching halt. Overnight an entire billion-dollar industry was shut down and the fact remains that it will be one of the very last industries to fully reopen.

Not everyone fortunate enough to grace the stage makes a ton of money, especially when you consider the massive amount of overhead that goes into booking even the smallest of club tours. Artists feel as though their lives are at stake because their livelihood is their life. If they cannot work, then they cannot feed their kids and they just aren’t going to make it. No one was waiting for a rock star to sign a contract or respond to an email- musicians were just as unemployed as those who would normally pay hard-earned money to see them play.

Those working behind-the-scenes in the industry have been the hardest hit, living through a situation that snuck up on them and has then unfolded like a gradual continuation of an utter disaster. There was no money to be made, people were getting sick, and hundreds of thousands died.  Many people do not realize just how much one venue benefits an entire community and the tourism industry. Concertgoers stop for dinner before a show, they stay in a hotel, they shop, they fuel up before driving home. Everyone from parking attendants to the guy that stocks the ice behind a bar has been directly impacted by the hard-hit music business.

When the Bands Stopped Playing is a bit of a time capsule that gives viewers a detailed glimpse inside of this shattered and shuttered industry through the eyes of its’ hardest workers. Famous artists, indie artists on the rise, plus rock and dance acts working the club circuit have all lent their voices to this special project. We also believed it was crucial to hear from the perspective of the president of one of the most successful venues in the U.S.as his story speaks for every other venue that was shuttered for the better part of a year. Every voice was crucial to the telling of this story and in our eyes, they also share an equal amount of importance. They speak openly about the financial hardship, deep depression of losing something that they love so much (even temporarily), and the things that they are doing to help keep their own positivity and hope alive.

Since this was filmed during lockdown and while dealing with Covid-19 restrictions there was no such thing as a backstage interview, we met our interviewees exactly as they were. Some have studios at home with great cameras and others had a more normal setup. One artist was in the process of showing his home and his wife had a work meeting in the hotel suite that they were staying in- so he chatted from his car. This group of people has been so incredibly honest with us, and we feel a responsibility to be just as honest with our viewers in how they are portrayed.

The cast of When the Bands Stopped Playing includes:

Numa Saisselin – President of The Florida Theatre of Performing Arts

Popular posts from this blog 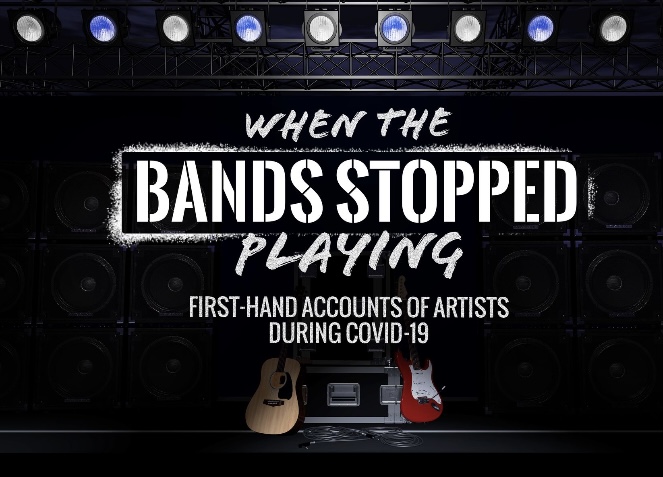